This article was written by Zach Garner and Adam Smith in preparation for their "Ride to Valhalla." Their committment and drive to help our Soldiers suffering from Post Traumatic Stress Disorder (PTSD) and Traumatic Brain Injury (TBI) is amazing. Please join them and us in helping to treat them ~ CKD.

My relationship with Task Force Dagger started when I was in the process of being medically discharged from the military. TFD helped my family out with a hotel room for a few days while we were waiting for our household goods to be shipped to Minneapolis. I was a member of 7th Special Forces Group (Airborne) (7th SFG (A) until November of 2014. 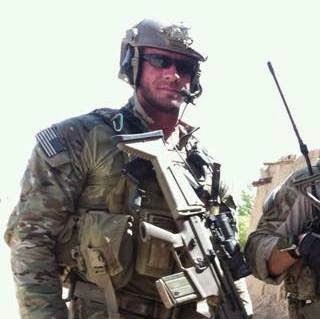 I was diagnosed with Epilepsy in October 2013 after having several seizures while deployed to Afghanistan and after returning back home. I was told that I would be medically discharged, so I immediately started prepping for my transition. One thing I didn't prepare for were the side effects that come with the transition from an elite unit to civilian life. I missed the life of being in an elite unit. I missed the brotherhood, the action, the fun times - even in bad situations. I started to fall into a depression, began drinking more, and trying to battle the side effect of the prescription meds that the doctors had me on. I had finally had enough. Things needed to change, so I turned to an old friend of mine: my bicycle. I started riding more and when the weather was bad, I would ride inside on a trainer or even go to a spin class. It would get my blood flowing and relieve the day to day stress that was caused from not knowing where to go with my life. I felt like just another member of the crowd. I was twenty-nine years old and was back in my high school shoes, trying to figure out what I wanted to be when I grew up. I decided to go out on a limb. I reached out the the Task Force Dagger Foundation and said that I wanted to thank them for the hotel room by riding  4,500 miles across the country and attempt to raise $100,000.00 for TF Dagger FDN. The Foundation never flinched. They were in. It was a huge relief to find out that I may be able to accomplish a life goal of mine: to ride across the USA. I also had a personal goal for this trip: I wanted to know where to go with my life by the end of the ride.

As I stated planning this and getting the word out that I was going to be riding a bicycle 4,500 miles to raise money and awareness for vets, people were hooked. They wanted to know more and they wanted to help! I started to realize that might be my calling in life. I called up a guy that that I knew would want a piece of this action and told him to quit his job and move into my basement...Adam Smith: Co-Founder of the Green Beret Adventure Team.

I have spent the last fifteen years bouncing from one country to the next, rarely spending more than a year in each. When I got the call from Zach about what he was doing and that he was looking for a teammate for this adventure, of course I said yes. Nearly all of us go through some sort of transition after coming home from deployments. Many think that the more deployments we have, the easier it is to come home; however, it has been the exact opposite for me. I am still a member of the 20th Special Forces Group (Airborne) (20th SFG(A). Every time I have come back to the states I have had to figure out what to do with my civilian life, but it is never easy. 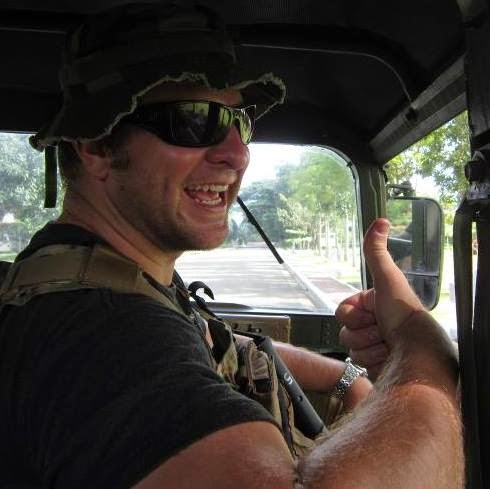 Often times, I wish I could just stay overseas and avoid the depression, anger, and animosity that seems to be the usual emotions I go through when I get back. I always knew that I wanted to be a member of an elite unit in the military, and I achieved that goal; however, I never knew what to do with myself once the military was done with me. In 2012, while deployed to Central America, I finally figured out what I wanted to do. I want to help others better their lives by using fitness and challenging adventures to overcome severe adversity.

Fitness and adventure has always been a big part of my life. Why else would I have ever volunteered to be a Green Beret? Lifting, snowboarding, and mountain climbing seemed to help me relieve that extra stress as well as giving myself a big self-set goals of to accomplish. As a lifting coach, I helped others achieve goals that they never thought possible and they made life changes for themselves for the better. To be a part of that is a huge honor. I follow the stories of other veterans who have lost limbs in battle, returned home, recovered, and are now competing at international levels. Being witness to all of these achievements has taught me that setting difficult goals forces us to focus on success rather than dwelling on our losses. This bike ride is a chance for me to directly support a brother, continue to serve the warrior community, and establish something that can continue to give back. all of this is thanks to the Task Force Dagger Foundation. All the folks at TFD have directly suported this endeavor from the beginning. Because of their kind hearts and helpful hands, there is no doubt that Zach and I will crush this ride and hopefully raise awareness along the way. So we formed "The Green Beret Adventure Team" to help put a name to our passion. Through "The Ride to Valhalla," a ride that started as a trip to help Zach through his recovery, has transformed into something that has given us both purpose and direction. With your help, this ride can turn into so much more. It can help a multitude of other veterans and their families who are fighting the same battle.

Please join Zach and Adam as they travel across the United States of America. Please go to these links to find out more about the "Ride to Valhalla" and how you can support as well as track their progress:

Task Force Dagger Foundation will use the funds that Zach and Adam raise to help with  PTSD and TBI.